Am I looking at jail time? Court in 3 hours! Got no response yesterday?

I tried this already but got no feedback! I have used all my allowed continuances and today 7/18/18 @ 6:00pm is my court date where I’ll have to plead either guilty or not guilty to 3 charges. 1. Leaving the scene of an accident. 2. Very small amount of marijuana possession. 3. Not sure what it’s actually called but as I was pulled out of my vehicle to speak with Overland PD someone in the back seat tossed an eye glass container with an “unknown controlled substance” into my driver side floor board. There were 3 passengers in my vehicle. I was told it would be sent to a lab to test what it is. Now I am NOT guilty of the unknown substance charge whatsoever. The “accident” was more like our mirrors tapped in road rage while the other driver drove on the wrong side of the road to get around me. I’m not sure what to plead or what to expect. Thanks for your time!

I think time for a first offense is very unlikely. However, the offense is technically jailable. You should hire an attorney to help you with this.

I agree with Mr. Hardin: wait and see is often the best approach. However, I will add that you should stop posting the specific facts of your case to public forums and do NOT contact this person.

How can I get a divorce from a man who won’t sign the papers from my attorney so we can precede with the divorce ?

My hopefully soon ex husband has had the papers for a year and half. He keeps refusing to go to the embassy or consulate in Honduras to get the papers notorized. I only communicate with him by email because he has stalked my children (not his), my family, and me online. He will say I will sign them but then never does. He is holding me hostage in an unwanted marriage. And he took me for all my money and I can’t afford to pay an attorney $2500. I’m disabled and I’m not receiving any help from my kids father, so I’m very limited on my income.

If he has been served or is avoiding service, you can go to a contested hearing and get a default judgment. This is a difficult situation, however, so you will probably need an attorney to help you.

Is my husband allowed to buy me drinks?

No he cannot. However, oddly enough, Missouri allows your parents to give you small amounts of alcohol with meals, celebrations, or religious services.

Can I get off the registry? Knowing that my charges are C & D felonies.

I dated a girl who was 15 at the time I was 23. I was convicted in 2006 and put on an sis probation for 5 years, my probation was revoked due to failure to register, and stealing. My charges are statutory rape, statutory sodomy, failure to register, and stealing all charges are class C and D felonies. I was sent to prison in 2010 which I served 33 months and completed the mosop program while incarcerated. I was convicted of the stealing and probation revocation in 2008. Since being released from prison I’ve held a full time job, I live in my own place and looking to buy a house in the near future. Do I have a chance of being removed from the registry and what tiers are my crimes thanks.

This crime does not presently allow for expungement. 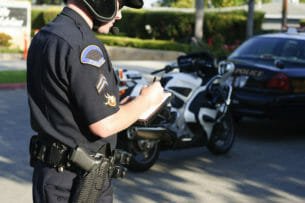 What could happened to me?

I have been pulled over tn and got my car inpunded for driving while suspended this is my 3rd offense and officer said it was a felony but I was booked and released why and what happens next I was not given a court date or anything. Do I face jail. Do I need a lawyer?

Yes you need an attorney. A felony DWS charge is very serious. However, an attorney can help you get your license reinstated and try to keep you out of jail.

How much would it cost to get an animal cruelty charge expunged?

My Husband has a 1st offense felony for animal cruelty and I’m wondering how much is it to get it expunged? It’s been 3 years since he was charged and it’s preventing him from getting a job. It happened in Arkansas so I’m not sure where he needs to go to get it expunged nor do i know how much it will cost any advice will be helpful. Thank you

You will need to contact an attorney in Arkansas to get an answer to this question.

I have a tenant I need to evict. There is no lease, she pays by the month to live in her RV here. Do I need to go to court. ?

There is no right to self help in Missouri, even for RV parks. You do have to go through with the eviction procedure. If the court is not letting you file for eviction, you may have to contact an attorney for help.

What does it mean that I have to get a petition before I can get my license back?

I lost my license due to six dwi, which three of them I got carelessness and wreckless instead of dwi’s. One of my dwi I had a minor with me which I got a child neglect due to an accident occurring. So is that why I would have to get a petition? I have already completed my Satop.

You have to petition the court to reinstate your license. It is a complicated process and there is no guarantee of success. You should consider contacting an experienced DUI/DWI attorney.

My boyfriend was charged with a Felony E dwi persistent in Missouri. Is it likely that he could get probation?

He has a very good job and children and a lot to loose if he had to go to prison. He posted bond for 5000 cash only.

You would have to talk to a DWI attorney practicing in Nevada to answer that question. I would say very unlikely given that there is a minimum 30 days by statute for persistent offenders. However, a skilled DWI attorney can possibly get that charged reduced.