Drug addiction can become a negative driving force in a person’s life. Dependence on illicit substances leads to an influence on the mental and physical state of a person. The government aims to protect the public from the harsh effects of substance abuse and ignites the campaign against drugs through the laws enforced on the land. Drug charges are often made against individuals that possess illicit substances. The differences in the penalties would be determined by the amount of the substance involved and the intention behind the possession of the banned drugs.

The charges involved in drug cases would be identified depending on the person’s intent. The charges can have lighter penalties to decades-long jail time. If the person possesses sells, manufactures or transports drugs, he or she will be subjected to the law. However, there are times that a person does not have any illegal intent in carrying substances and was caught in the middle of a case. No matter what the situation is, a person getting charges needs an experienced drug defense lawyer to help the defendant get better chances in a lighter sentence.

What is a controlled substance?

A controlled substance refers to the type of drugs that are under the rigid surveillance and control of the government. The reason for the strict government restrictions is due to the drugs’ ability to influence a person’s state of mind and physiological condition. These substances can cause dependency leading to drug abuse or addiction. The control of the authorities applies to the way the drug is handled, stored, distributed, and used.

The substances that are under restricted governance are the hallucinogens, steroids, stimulants, opioids, and, depressants. Substances such as Ritalin, Valium, and morphine are used for medical purposes and can only be released by medical personnel with a license. Illicit drugs like LSD and heroin have no medical use which makes the substances completely illegal.

What are the legal repercussions of drugs?

People or individuals that are involved in the illegal trade and possession of controlled substances will be subjected to various consequences. The prisons and jails across the United States are filled with convicts with drug charges. The penalties related to drug crimes are heavy fines, community service, probation, jail time, and possible house arrest depending on the nature of the case. The worst sentence with a drug case is the fact that a person will have a criminal record no matter how light the penalties are. A person convicted of a drug crime will have a criminal record that will make it difficult to get a job, loan approvals, and many more.

The legal use of a drug depends on the usage of the substance and the application it is used for. An example is an amphetamine where it is used for medical purposes such as treating attention deficit disorder. Another substance that has legal use is marijuana where it can help relieve cancer-induced nausea. Barbiturates are used to help treat anxiety. If these substances are gained illegally and unsupervised usage is done, they can present a risk to the person and the public. This is why the law is regulating the usage of these drugs to avoid any abuse or addiction to the substance.

The US has a longstanding fight against illegal drugs in relation to combating abuse or distribution of illicit drugs. According to PewTrusts.org, most of the
federal convictions are related to drug trafficking. State and local arrests are mostly on drug possession charges. A huge portion of those local charges is related to marijuana possession charges.

The major difference between the federal and state laws when it comes to drug cases is the intensity of the sentences. Federal charges would lead to longer jail time and harsher penalties. State arrests, especially when the case is mostly on simple possession can be charged with a misdemeanor and have probation in line. State convictions can have a shorter time in jail or a fine. The state sentences can be differentiated based on the person’s criminal history.

People facing drug charges are advised to work with a
drug defense lawyer. A defense attorney can help the defendant navigate through the process and help negotiate a lighter sentence or penalty. The system can be confusing especially for new timers in court but a lawyer can help out the client into easing into the system and get better results for the parties involved. 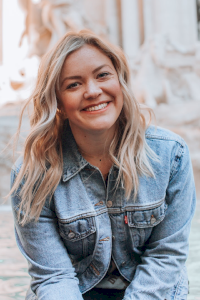