You would think that with fewer vehicles on the road due to COVID-19 lockdowns, the streets and highways would be safer, and the number of road accidents would drop.

However, the number of people killed in road mishaps in the United States instead rose 4.6% from January to September 2020, according to the National Highway Traffic Safety Administration (NHTSA).

Authorities are blaming the increase in traffic crash-related deaths on the risky driving behavior of people who get lulled into a false sense of security by the dearth of vehicles on the road.

Because driving lanes have become so much broader and clearer, many drivers took to driving faster than usual. They probably saw that there is a lack of enforcement due to the pandemic, which emboldened them to speed up and commit all kinds of traffic violations.

Still, the perceived lack of traffic stops in the time of COVID-19 is not an excuse to neglect road safety. To avoid becoming a statistic or facing, among other things, vehicular endangerment charges, it would be in your best interest to do the following:

Most people have a need for speed, and it’s really tempting to fill that need when there are so few vehicles on the road.

Follow speed limits at all times, pandemic or not.

Wear Your Seatbelt At All Times

With more drivers driving at faster speeds during this pandemic, there is always the risk that you’ll cross paths with one of them.

To be on the safe side, always buckle up when you go driving. After all, wearing your seat belt is the single most effective way to protect yourself in the event of a crash.

When buckling up, always remember to:

Having fewer cars on the road is not a license to ignore traffic signals and road signs.

Even when there are no other vehicles at an intersection, always wait for the traffic light to turn green. A speeding driver emboldened by the near-emptiness of roads might just pop up trying to beat the red light, and you wouldn’t want to be on that vehicle’s path.

Far too many road accidents have been caused by people driving too close to the car in front of them.

Aside from possible car damage that may result if the vehicle ahead of you suddenly steps on the brakes, you could get involved in a road rage incident that could even be more dangerous.

In a world where there are fewer cars on the road, it wouldn’t make a lot of sense to be tailgating with all the available space. It would be even more senseless to do this when the driving conditions are bad, like wet or icy roads.

The three-second rule applies during COVID-19 as much as it did before it became a pandemic.

If you pass a tree, telephone pole, or any fixed object less than three seconds after the vehicle in front of you passed it, then you are too close. Reduce your speed to increase the separation between your cars.

Keep Your Situational Awareness At A High Level

As mentioned earlier, the reduced number of vehicles on the road due to the pandemic can lull you into a false sense of security. Some speed up, while others ignore road safety rules.

Then there are those who become complacent about their driving and lower their guard.

There is no road scenario that allows any driver to be lax about their situational awareness.

Drivers must always be alert and mindful of other vehicles, drivers, and pedestrians, even when there are few of them around. Constantly scanning your entire driving environment can help keep you out of trouble.

Drunk driving has already ruined the lives of tens of thousands of people long before the pandemic.

Although some areas reported a decline in driving under the influence or DUI arrests in the time of COVID-19, others aren’t so lucky.

DUI will always be a criminal offense, with or without a global pandemic.

If you get arrested for DUI during COVID-19, your risk of contracting the coronavirus will likely increase, as you will be spending a night (at the very least) in jail, sharing a cell with strangers who could be carriers.

And if you drive drunk or high on drugs, you could get involved in a car crash that might hurt other people.

Always stay safe on the road, even long after the COVID-19 pandemic goes away. 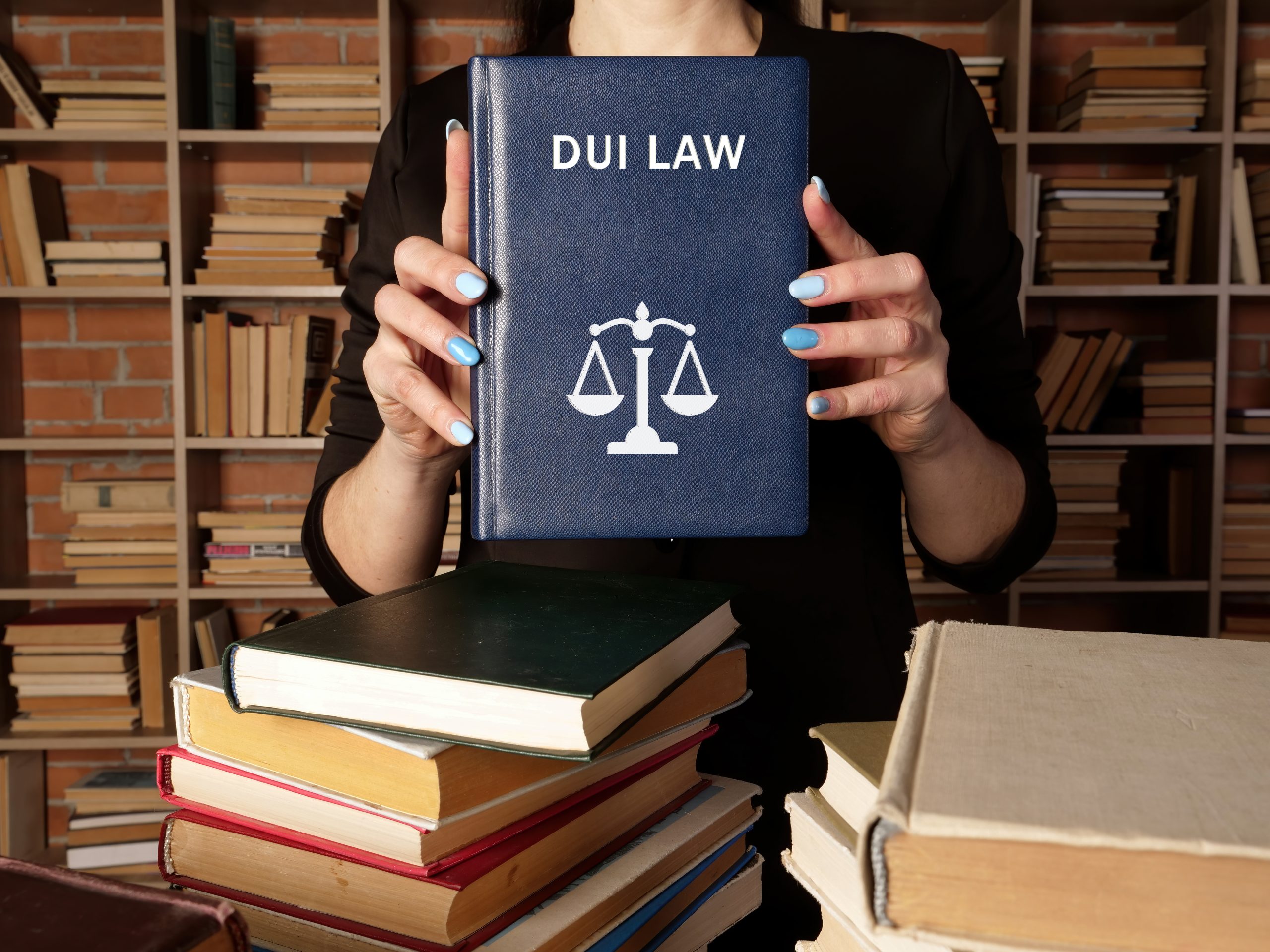 If you have been charged with a criminal offense in Fort Mill, you need to look for the best attorney to represent you and strengthen the case. But don’t try to rush through this process, as your attorney is the only savior.

You have complete right to ask questions from attorneys that are important to you to determine whether it’s the best representation for you or not. One of the most important things that matters the most is their experience and latest projects in criminal defense. Whether the charges are for DUI or any other severe crime, you need to choose the right Fort Mill DUI Attorneys.

However, not every lawyer is suitable to represent your case. Thus, here are some guidelines to follow when selecting an attorney:

Your attorney should have a high level of integrity. He should be honest and open to any information. There should be nothing hidden from you in any situation by the lawyer. He must keep the client informed about the progress of the case and the possible results of proceedings. If your lawyer isn't honest enough, then there is nothing to trust him for.

Every lawyer gets through the law college within four or more years to acquire enough knowledge. After they get a past, they are allowed to practice their profession legally. Just like any other profession, lawyers also have different specialization.

Thus, you need to find a lawyer who has expertise in criminal law to represent your case strongly. A knowledgeable lawyer is familiar with the law and may have handled similar cases. Thus, he can provide you with the best solutions to prove your innocence in court. Now, you know you should hire someone who has enough knowledge and experience in criminal law. This will enhance your chance of winning the case. So, make sure you find an expert criminal lawyer who has enough experience to defend in the criminal prosecution.

Your lawyer should be able to research the court proceedings and legal research to find precedents and other cases with a bearing on his. Apart from this, he should also look for any evidence missed out by the police in the case. The lawyer should investigate the case in a more deep sense so that nothing is overlooked. Moreover, the attorney should have a sharp mind to look at things more clearly. He should have an analytical mindset to approach.

Having an attorney with great relational abilities can be an extraordinary method to win your criminal case. Notwithstanding the charge you're confronting, it's critical to pick a criminal safeguard attorney who can convey lawful exhortation such that you're ready to unmistakably comprehend the laws associated with your circumstance, the alternatives accessible to you, and the potential issues that may tag along the way.

The lawyer should be a gifted communicator. He must be a great speaker and should utilize his ability all through the court. It does not end with just being a good speaker, but your lawyer should also be a great listener so that he can answer you. This will help you build a great relationship between you and your lawyer.

When it comes to a criminal case, you should always look up to a lawyer that maintains confidentiality and understands the importance of secrecy. The right attorney will take care of your every personal information with utmost care. So, if your attorney isn't keeping information closed between you and is sharing it among other peers and external sources, then you know there is no confidentiality maintained.

Thus always look for someone that does not compromise with your personal information and case-related matters.

Most of the time, hiring a criminal defense lawyer is quite expensive. Many professional criminal defense attorneys in a law firm that offers top-rated legal services and exceptional customer service ask for an advance payment. Thus, you need to look for a firm that is open to flexible fee arrangements during the duration of the case.

You should also look for law firms that are ready to take a case within your budget. So that you get the best legal representation without compromising your bank account.

At last, every law firm has highly experienced and reliable Criminal Defense Attorney Fort Mill that may fit your budget. But the most important thing that matters is how much you can trust them with your case. Thus, you need to make sure everything is fine according to you so that you can rely on them and have the utmost confidence in them. I wish you all the luck that prevails!