Drug Defense Attorney Information: What Are The Substances Included Each Drug Schedule? 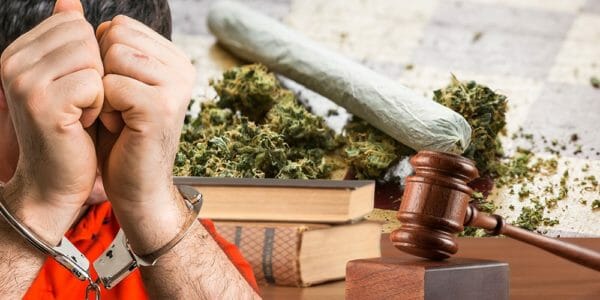 Drug-related crimes have different magnitudes and penalties. The difference in the sentences depends on the nature of the case. A drug defense attorney will determine the proper defenses needed to help acquit the defendant or negotiate for a lighter sentence. One of the main determiners of a drug crime penalty is the drug enforcement schedules where authorities will determine the category of the substance in question.

Drug crime penalties are determined by the type of drug, amount, and intent of the individual caught with an illicit substance. The “drug schedule” is one of the most used ways to determine the weight of the defendant’s crime.

The United States has a law that goes against drug abuse. It is called the Controlled Substances Act or CSA, which is under the Comprehensive Drug Abuse Prevention and Control Act of 1970. The United States Drug Enforcement Administration (DEA) has divided the controlled substances into different categories which are called schedules.

What are Drug Enforcement Schedules?

Not all drug types are treated equally by the law. The medical benefits of the substance are considered in the case. Every state has its mandate on how they approach each drug differently. There are five categories of drug enforcement schedules, which differentiate each substance’s category.

Schedule 1 is where the substances and drugs are under a category where there is no accepted medical use with the highest potential for abuse. The drugs under this category are the most dangerous substances among all categories. These drugs have the most potential to cause severe physical and psychological addiction.

Cannabis is a debated substance since it is believed to have medical aspects. Schedule 1 is the most restricted category. Many people argue that marijuana should not be in Schedule 1 and the debate regarding the removal of the substance in this category is still ongoing.

This category includes substances that have a high potential of abuse but with lesser risk potential compared to schedule 1. Drugs under this category can still lead to physical or psychological dependence and are still a danger to individuals or the public alike.

Drugs under Schedule 3 are considered to have a low to moderate potential in substance dependence. The possibility of drug abuse for schedule 3 drugs is lesser than schedule 1 and schedule 2 but still more than schedule 4.

Schedule 4 drugs are any type of chemical or substance that has a low probability of getting abused and a lower risk of drug dependence. Drugs under this category are still riskier than schedule 5.

Substances, chemicals, or drugs under schedule 5 have the lowest potential of being abused. Substances in this category are often used in limited quantities for narcotics and other legal drugs. Schedule 5 drugs are used for analgesic, antitussive, and antidiarrheal purposes.

A drug defense attorney can easily navigate his or her way into negotiating the defendant’s case depending on the category that the substance involved is included. Controlled substances that are not found in schedule 1 can be legally used, possessed, distributed, and manufactured in the United States. However, those substances must be legally approved and must be prescribed by a licensed medical professional if the usage is for medical reasons.

People do not interact with distributors or drug companies. They would often interact with pharmacists and doctors to write prescriptions. People who prescribe these drugs must be legally registered before prescribing any of the aforementioned drugs. This is the reason why Pharmaceutical distributors, pharmacies, and drug companies must follow the regulations in adherence to the law.